“Without Israel There Would Be No Antisemitism” 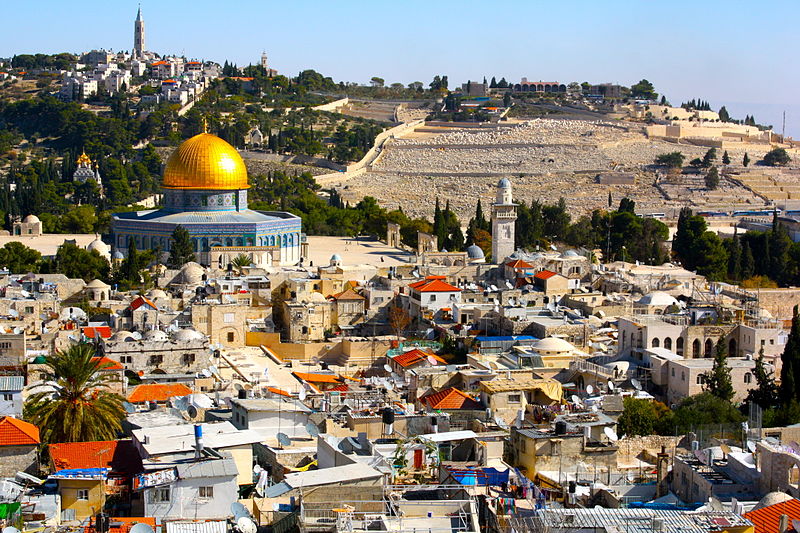 The narrative that “Nothing fuels modern antisemitism more than the state of Israel. If the latter were to change its policy, antisemitism in its many contemporary facets would also decrease or even vanish” is a perfidious perpetrator-victim reversal. Suddenly, anti-Semites are no longer to blame for antisemitism, but the Jews − or the Jewish state of Israel. The non-Jewish world only reacts, so to speak, whether it is Palestinian terrorists who are allegedly waging a “fight for freedom” against the “Zionist oppressors” or their supporters in Europe and elsewhere who do not want to be denied their “criticism of Israel”, no matter how antisemitic they may be. Adorno called this ‘projection’ − the victim is accused of what one is doing or intending to do.

Antisemitism And The Covid-19 Conspiracy Theories 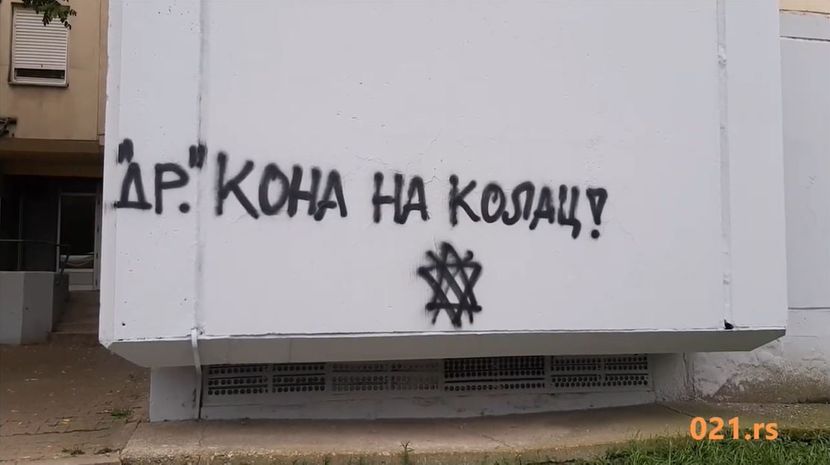 The centuries-old stereotype that Jews spread diseases was reactivated during the coronavirus pandemic.
Dr. Predrag Kon is head of the Health-crisis Team of the Republic of Serbia in charge of efforts to curb the COVID-19 pandemics. Dr. Predrag Kon is Jewish. In November 2020, a graffiti “Dr. Kon on a stake!” with the crossed-out Star of David appeared in Novi Sad. The abbreviation “Dr” was in quotation marks to indicate sarcasm, alluding that Dr. Kon is not a “real doctor.”
In a separate incident, antisemitic posters appeared on the streets of Belgrade, claiming that the pandemic was just a cover for establishing a “global Jewish government.” 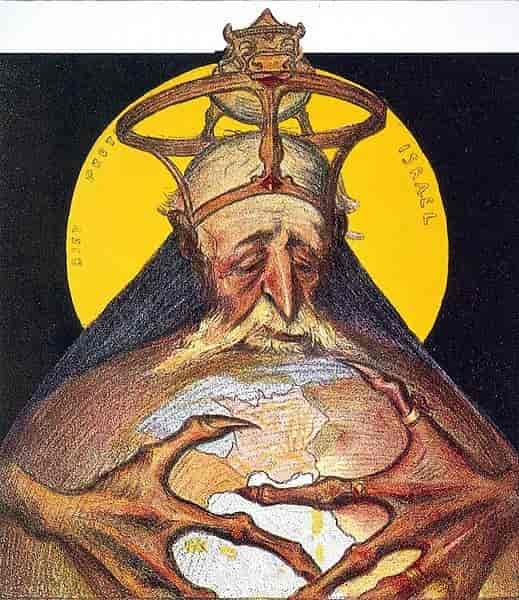 “Jews are members of a secret global elite that aims at achieving world domination”
Two common contemporary conspiracy theories serve this stereotype: 1) ZOG/ Zionist Occupied Government is an antisemitic political catchphrase of the extreme right that denotes a government that is supposedly ruled by Jews. The term takes up the old conspiracy ideology of the “Protocols of the Elders of Zion” that wealthy Jews would conspire to establish a world government. 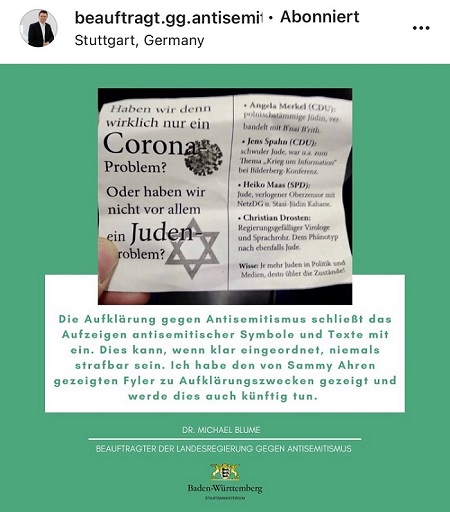 A flyer that was distributed in a tram in Cologne asked the rhetorical questions “Do we really only have a Corona problem? Or don’t we actually have predominantly a Jew-problem?” while listing Angela Merkel as a Jewess of Polish origin connected to B’nai B’rith, Jens Spahn as “gay Jew” connected to the Bilderberg conference, Heiko Maas as a Jew and leading censor and Christian Drosten as pro-government virologist and Jew “according to his phenotype”. It closes with the words that “the more Jews in politics and media, the worse the conditions”. 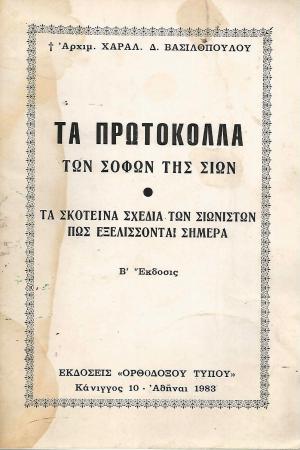 “The Jews Are To Blame For Everything” 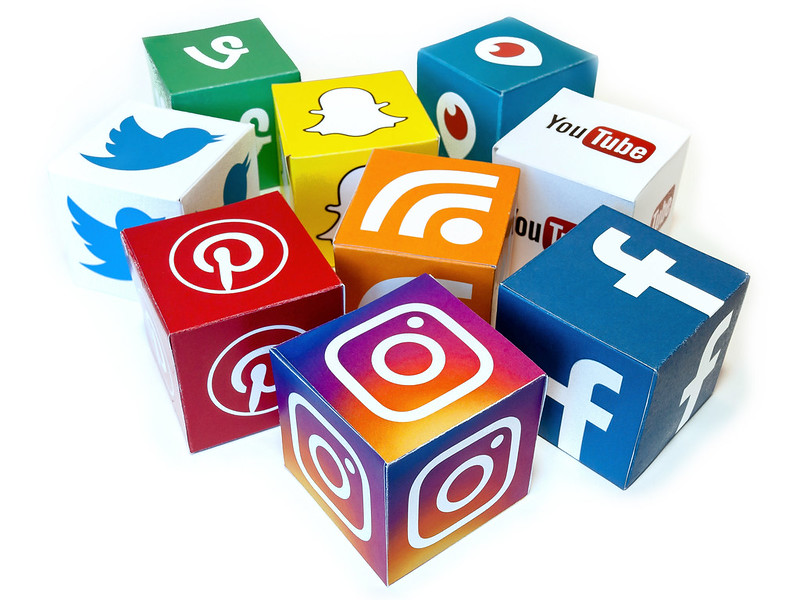 The Internet and social networks have promoted the spread and radicalization of antisemitism − across the board, all facets of antisemitism can be found.
As soon as “the Jews” are assigned the role of the guilty ones by many mutually reinforcing digital users − be it with regard to the terrorist attacks of September 11, 2001, the 2007 financial and economic crisis, global warming, or the 2015 arrival of refugees − this can have fatal consequences. The apppeal of antisemitic worldviews increases especially in times of crisis, when collective fears and feelings of powerlessness (re)activate the need for simple explanatory models and scapegoats. 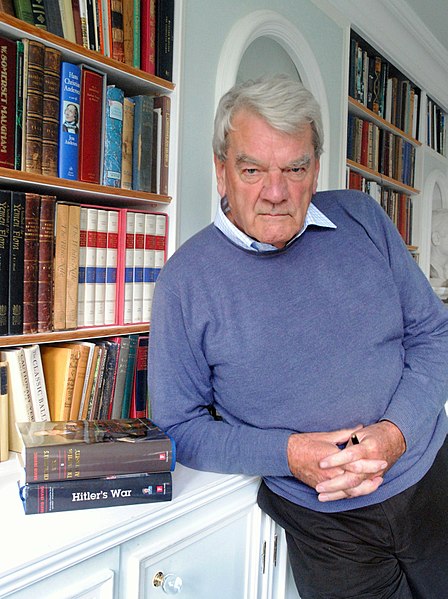 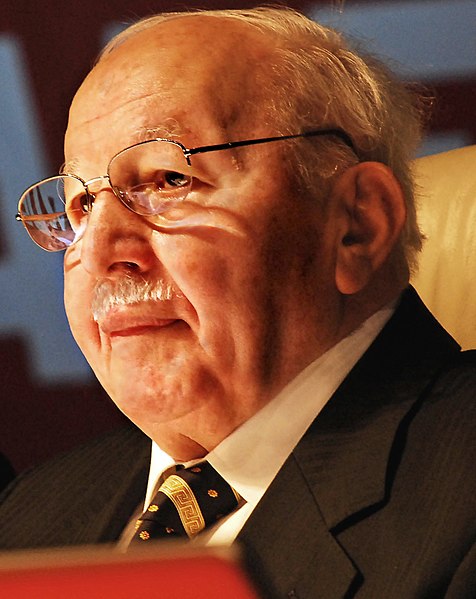 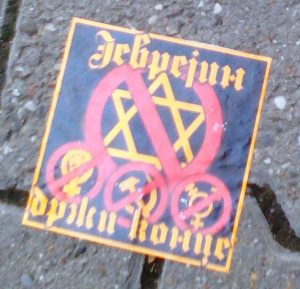 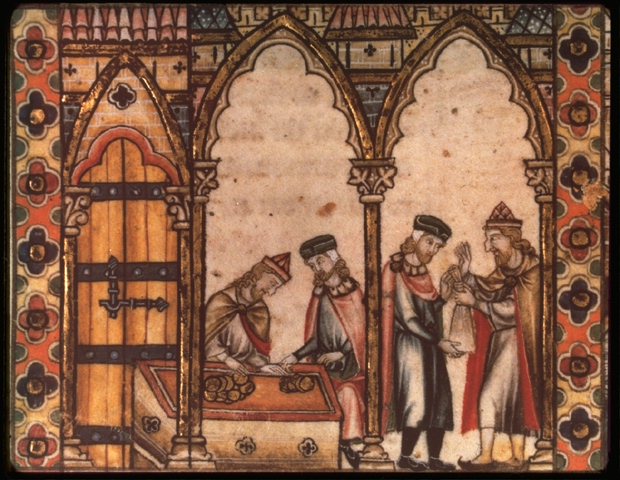